No need to beware. This week has been filled with poetry and friends. I had lunch with my friend Pippa Little who gave me a copy of her lovely chapbook.

I also got some books from my Linnet’s Wings friend Marie 🙂 through the post. 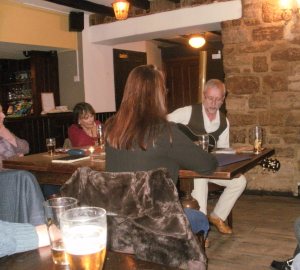 singing his composition The Maid of Eire

You can find that group on FB if you are interested. 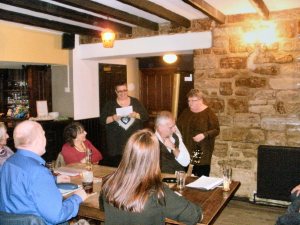 with my lovely friend Margaret Kerswell

It was a grand night of beer and food, tragedy and humour, dancing and singing and general fun. The next poetry night is 14th April at The Ice Bar Morpeth.

Today I had an email from my Polish friend Wojciech Jacobson 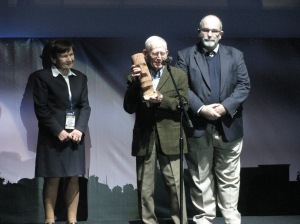 who has once again been honoured for his role in the world of yachting.

It was an occasion! 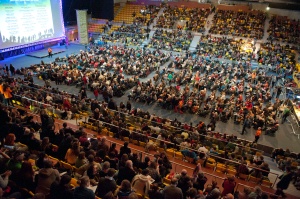 Last weekend and sunday (11-13.3.2016) I was in Gdynia where the XVIII Meeting of Travellers, Yachtsmen and Climbers took place. The meeting was held in a big sports hall. During the meeting prizes called Kolosy (Colossuses) for the year 2015 were handed in several categories.  There was one prize called Super Kolos (Super Colossus) which was awarded to me for my “general achivements” in yachting. I  was obliged to present during the meeting a 40 minutes show.   The show was in form of an interview with slides projected on a big screen.  Among 120 pictures displayed there was one presenting Oonah’s poem “Ludek’s Dawn” in the original form. 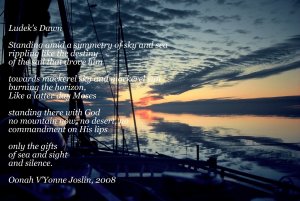 More than 2 000 people were greeting my presentation with the applause.  Great thanks for your part Oonah!
With best wishes,
Wojtek

Congratulations my friend — I am so honoured to be a footnote in this man’s life.

Plans for the weekend? An outing Saturday maybe to meet the cousins and a pork knuckle on Sunday — haven’t had one of those in manys a while!